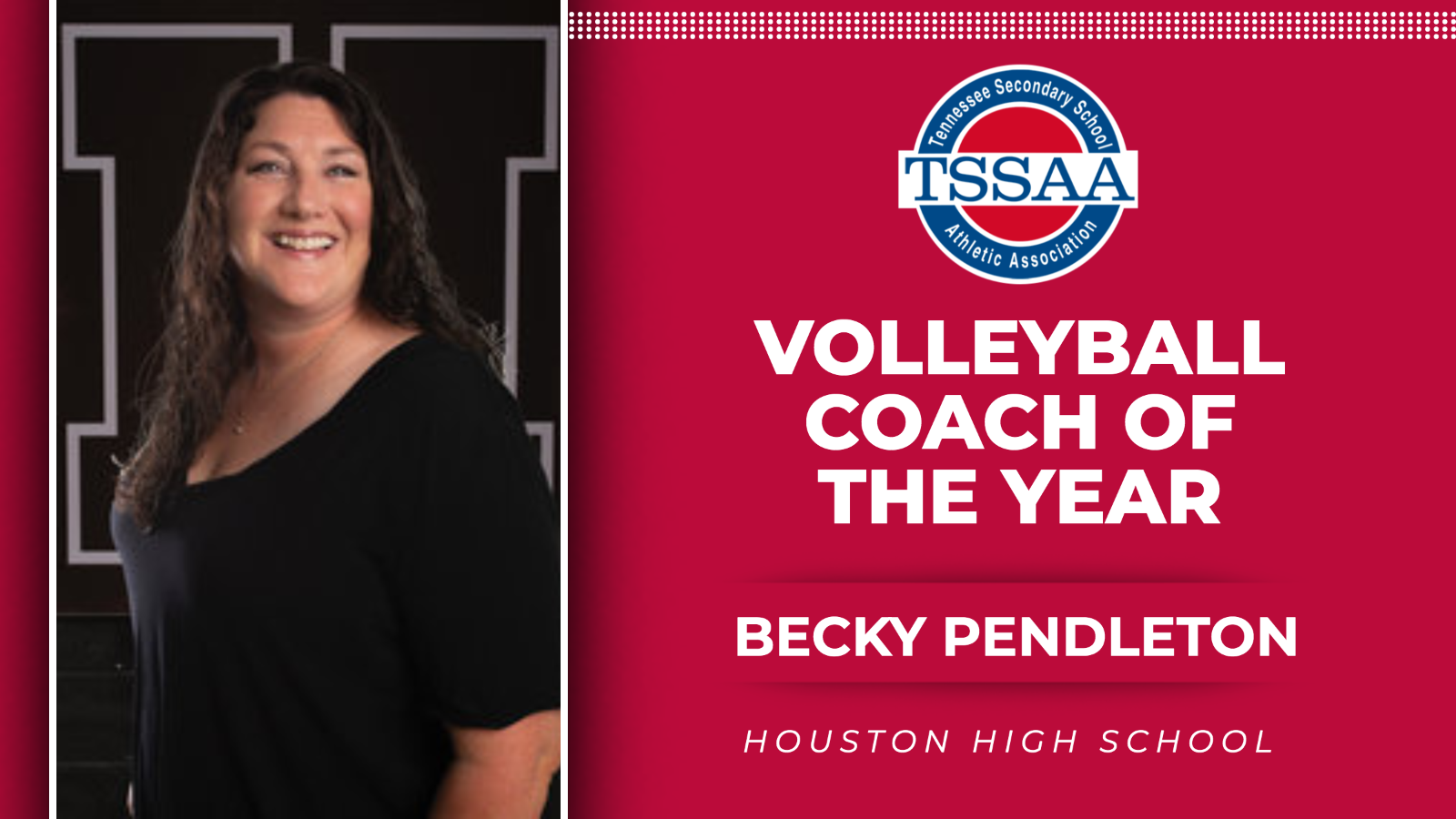 Since taking over in 2002, Pendleton has an essential piece of the culture of excellence in the Athletic Department. Her willing service to her players on and off the court is evidenced in 14 consecutive years of the program earning a trip to the State Tournament, and close to 70 former players have earned scholarships to further their volleyball careers.

“Coach Pendleton’s influence goes so much farther than the court, her dedication to her players and our community have been unmeasurable,” said Houston High Athletic Director Chad Becker.

This year’s Volleyball team plays in the District Tournament tonight at 5:00 pm at Houston High. Last year, Houston Volleyball played in the State Championship game for the first time in school history.

As part of this year’s award, she will be eligible for the NFHS National Coach of the Year.