For only the second time in school history, a Houston Football player has been named a finalist for the state of Tennessee’s top individual football honor…Mr. Football. Senior running back Lincoln Pare was selected by the Tennessee Sports Writers Association as one of three finalists in Class 6A.

Pare is not stranger to accolades, the two time Region 7 Offensive Player of the Year for Class 6A, has been name 1st Team All Region twice, 1st Team All State, while rushing for over 5,000 career yards and scoring over 75 career touchdowns.

This season, he is the focal point on the best statistical football team in Houston high School history. Currently 12-0, the Mustangs take on Whitehaven in the State Quarterfinals this Friday at Landers Ford Stadium at 7:00pm. The last time the two teams met on Principle Toyota Field was last season’s State Football Playoff game, Whitehaven made a late 4th quarter comeback to win 31-27.

In 2002, Senior running back Abe Felix won the Mr. Football Award. In his third year as a starter he carried the ball 250 times for 1,808 yards for an average of 7.2 yards per carry. He rushed for 22 touchdowns and averaged 180.8 yards rushing per game. He returned 11 kickoffs for 302 yards for an average of 27.5 yards per return. In 2001 he was named to the 1st team All-State, All-Metro, All-Region 8- 5A, and the Offensive Player of the Year by the Commercial Appeal. In three seasons Felix rushed for 5,309 yards and 60 touchdowns. 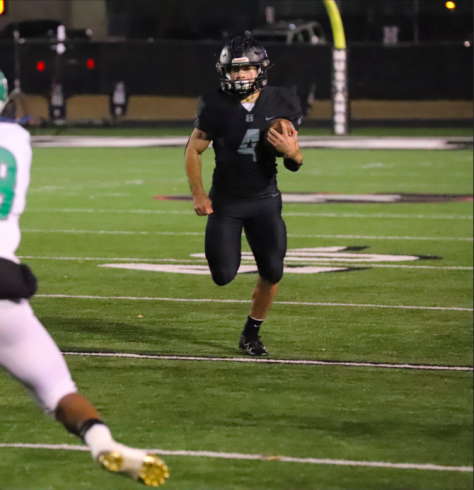