Houston High School Graduate and Arkansas infielder Jack Kenley was taken with the No. 232 overall pick of the 2019 MLB Draft by the Detroit Tigers in the 8th round.

Kenley, 6-0, 185, has experienced a breakout season in 2019. As a second baseman, he has accumulated a .975 fielding percentage and solidified the position for the Hogs.

His Head Coach at Houston High School, Lane McCarter, saw his greatness while he was a Mustang, “Jack was a 4-year starter at Houston and every team he was on was very successful. When the hardest workers on your team are your best players the team is destined to be great. He has always been the hardest worker, so this success is no surprise to anyone who knows him.”

“He is a really good fielder, really good teammate, really good student. He got his shot this year and he’s really taken advantage of it. We wouldn’t be sitting right here right now if it wasn’t for him having the year he’s had. He’s been incredible,” Arkansas head coach Dave Van Horn said.

Kenley is one of over 80 Houston Baseball players who have signed to play college baseball since 2000 for McCarter and the 6th former Houston player to be selected in the MLB Draft. 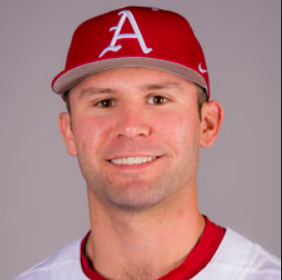