We are proud to announce Charlie Leonard as the new men’s basketball coach at Houston High School.

Coach Leonard comes to Houston after a 17 year run as a Division 1 basketball coach.

Most recently, as a member of the men’s basketball coaching staff at LSU, where they compiled more wins (61) as a new staff in their first 3 seasons than any in school history.

His tenure also saw the Tigers sign 8 Top 100 recruits in the last 5 years.

Previous to his Division 1 experience, he coached his alma mater, CBU for 7 seasons, where he was named Conference Coach of The Year.

In 2016, he was inducted into the CBU Hall of Fame, as both a player and coach. 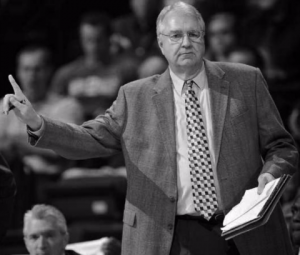 “I’ve always known my next act in coaching would be returning to a high school setting. Houston High’s long established commitment to athletic excellence and academic integrity makes it a perfect opportunity for me to help our student athletes maximize their potential,” Leonard said.

His fundraising, PR and management skills will be used to assist the District with several projects in the months to come, including an NCAA recruiting and compliance center for all district athletes. A program no other current school district possesses.

“Coach Leonard is a great leader who leads with impeccable character and a strong work ethic. He is a coach who has already enjoyed lots of success, and I look forward to working with him to expand our basketball brand,” said Chad Becker, GMSD District Director of Athletics.